Recently, whilst travelling through New Zealand I was chatting with a friendly taxi driver whom was from Pakistan.

I asked, are you mostly Hindu there?

He explained.. No, most certainly this is not the case. As he went on and on with a mumbling about Islamic culture I stared out the window wondering why Auckland hasn’t got a proper road to the city.

It was amazing how dated and old it looked in Auckland..

As the minutes rolled by the noise of the taxi driver slowly started to come back into my mind. I said to him something to the effect of – why do the women where the scarf, this mustn’t help with integration with the west, when you arrive here?

After some more mumbling and staring out of the window something stood out like a chisel in my mind.. He said, openly – this is our way of showing that the women belongs to the man and that we own them.

Consent in the ‘Civilised World’

In the Western World consent stops at a certain level.(1) For example, a person is unable to consent to being murdered, assault causing bodily harm and grievous bodily harm.

What does this mean?

It means that the rule of law is made so that people in society live by certain rules and if one steps outside these rules, according to public policy, it is unacceptable and a reasonable punishment in-cues.

Does Sharia Law exceed these boundaries?(2) I argue that it does.

When a person is not allowed to leave a religion, or be beaten or flogged to death for seeming moral or minor offences then we need to look carefully at this.

Sharia Law, therefore, in the Western World cannot be submitted to, or followed, as it would be likely that we could not consent to the offences in which it subscribes to.

Instead, Sharia Law itself should be outlawed as it infringes on the free agency and rights of the soul. It is an abomination.

On the other hand, the Islamic religion should be embraced from a moderate perspective inwhich does not follow such a barbaric rule of savagery.

Anyone submitting or trying to lobby for Sharia Law should be immediately charged under new laws which could be made to protect society from this barbarity. 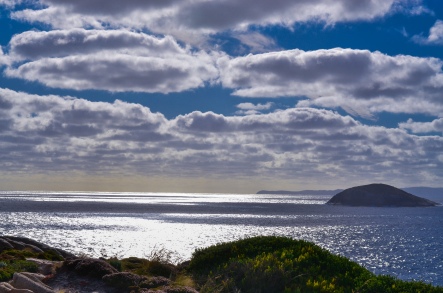