We Need to Be Controlled

Jackie Chan, recently made the statement: ‘we Chinese need to be controlled. If we’re not being controlled, we’ll just do what we want.‘.(1)

This resistance pattern is something I believe is in the blood of most Asian people. Something which they feel deep in their beings.

Generally speaking, as referred to by Dr John Whitman Ray in Book Three of Logic in Sequence, particularly Chapter 29 there are four pathways of resistance we can follow. One of these pathways is the one pointed resistance to the effect where we have to be controlled, and through sheer force of will we choose with all our might that this is the case.

I believe Chan has uncovered the pattern that controls and dominates all Asian society in this doctrine of being controlled and the need to follow.

Whether this is Chan following state run mainland Chinese rhetoric or simply observing himself as a projection onto Taiwan or Hong Kong people is slightly unclear, but the former seems to be most likely, but is actually irrelevant.

What matters, is people become aware and then transmute this pattern through the methodology described in the Logic in Sequence Series: Obverse, Receive, Re-create, Release,(2) and/or other similar methods of transmutation taught in other metaphysical theory.(3)

This pattern of being controlled, the need to follow, and to do so compulsively is what creates the regime that controls us. It is the outer manifestation our collective inner thinking.

Then we will see a permanent change in the thinking of those free thinking warriors determined to make changes and ultimately the freedoms will become reality for the people.

In summary, this rally and the series of previous rally’s against the controlling regime are good things. Just staying the course, whilst continually educating ourselves within how to release our resistances will change the external reality.

The outer must conform with the inner, as the outer is one with the inner essence as they exist simultaneously and sequentially, together. Once one’s attention is released from the outer condition it disappears back into he void.

‘It is good to feel good about the good in one’s self; but it is bad to feel bad for the bad that should be destroyed’. – Bhagavad Gita, Verse 27(4)

(1) ‘Jackie Chan is no friend to Hong Kong’s protesters’. (10th October 2014). The Washington Post. http://www.washingtonpost.com/blogs/worldviews/wp/2014/10/10/jackie-chan-is-no-friend-to-hong-kongs-protesters/ Note: This article in no way supports Chan’s position in being controlled. Instead it steadfastly opposes any regime or person that seeks to control people, or support such an agenda. And, seeks to disseminate this information so the people can use it to free themselves and destroy any regime that seeks to control them, and to reinforce the democratic process.

(3) The Flame of Attention. Krishnamurti, J. 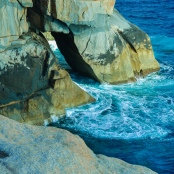